The first match of the evening was between Team Abu Dhabi and the Pune Devils. The match was won by Team Abu Dhabi by 5 wickets after chasing a target of 129 for 4 set by the Pune Devils. Tom Kohler-Cadmore of the Pune Devils became the highest scorer with 61 from 25 balls. Hardus Vijoen became the highest wicket taker with 3 wickets. The next match of the evening was played between the Bangla Tigers and the Northern Warriors. Northern Warriors beat the Bangla Tigers by 30 runs. Karim Janat from the Bangla Tigers showed great resilience claiming 2 wickets in the match. The final match was fought between the Qalandars and the Deccan Gladiators which the Qalandars won by 33 runs. Sohail Akhtar of the Qalandars became the highest scorer of the match making 71 runs from 31 deliveries. 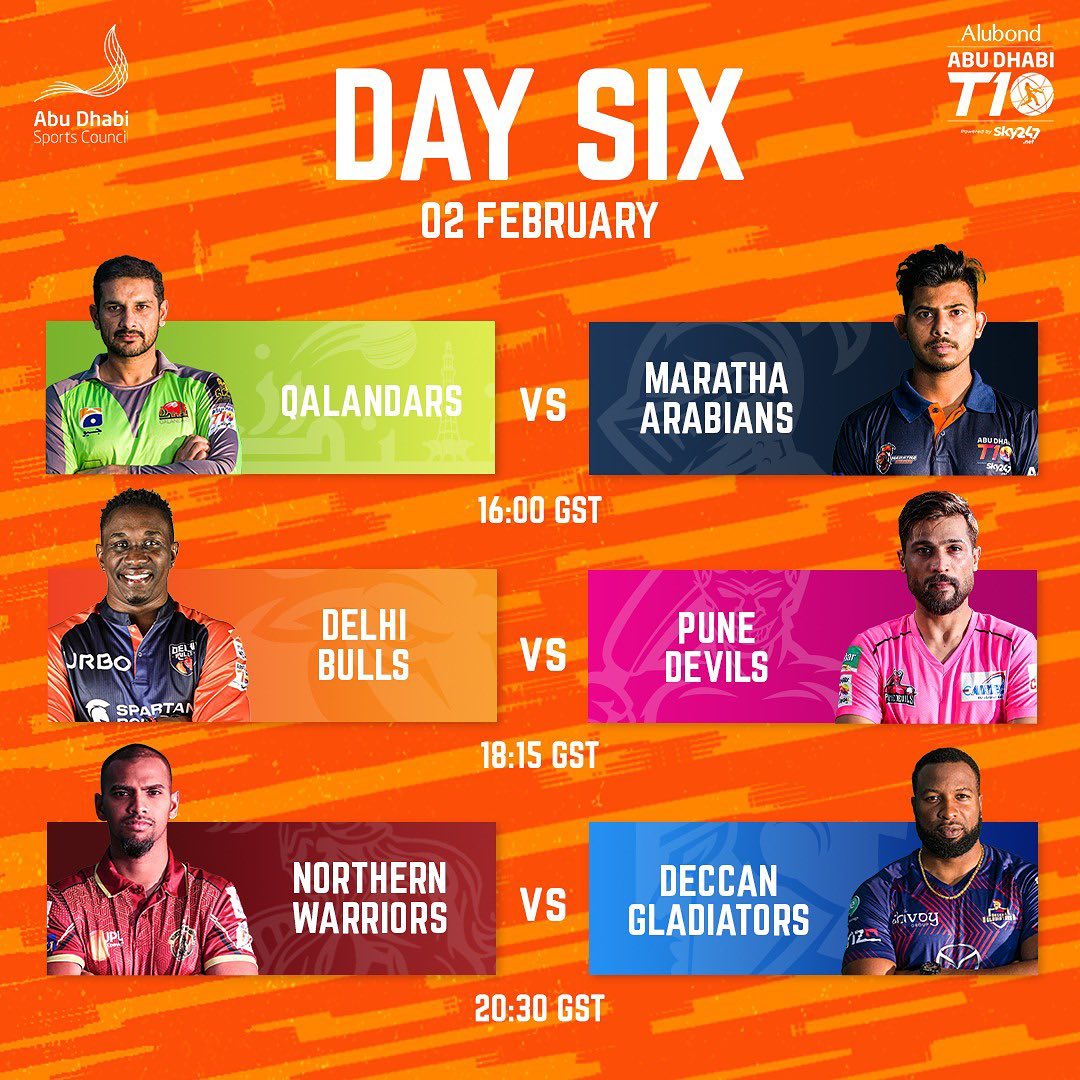 Wrapping up with yesterday’s matches, here is a look at the exhilarating first day of the Super League stages of the tournament. The first match of today’s evening was held at 1730 hours between the Pune Devils and the Bangla Tigers which was won by the Bangla Tigers by 8 wickets. The second match of the evening was scheduled at 1945 hours and was held between Team Abu Dhabi and the Northern Warriors. The Northern Warriors won the face off by 8 wickets. The final match of the evening was held at 22:15 hours between the Delhi Bulls and the Deccan Gladiators. Delhi Bulls won the match by 8 wickets.

Here is a quick look at tomorrow’s batch of matches. At 17:30 hours, the Qalandars will be facing off against the Maratha Arabians. At 19:45 hours, the Delhi Bulls are up against the Pune Devils and wrapping up the night, the final match will be held at 22:00 hours between the Northern Warriors and the Deccan Gladiators.

FairPlay is the ultimate destination for sports fans, the true home for the Abu Dhabi T10 League. Stay updated with the latest scores and updates with FairPlay News. Login to FairPlay News today. The biggest sports aggregator.

To get more information, Visit on https://fairplaynews.club/

« A new global Mega Industry is emerging in 2021. BLOCKCHAIN ROBOTS will soon be building “Next Level” HOUSING at 80 TIMES
Brahma Gems, An Award Winning 100% Natural Gemstones Store in Delhi-India »